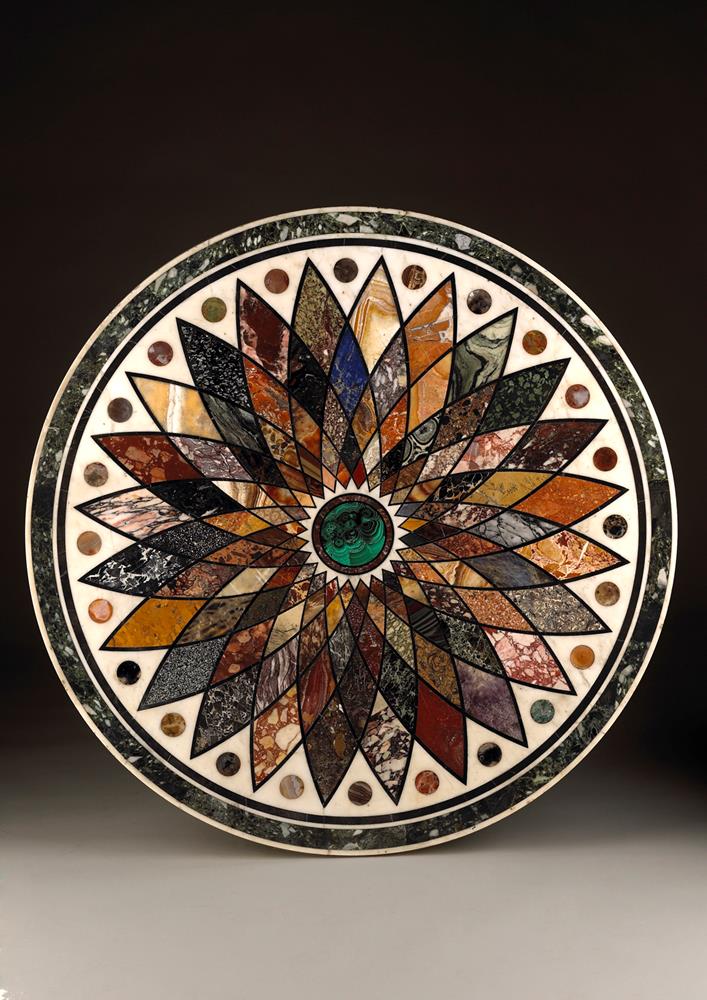 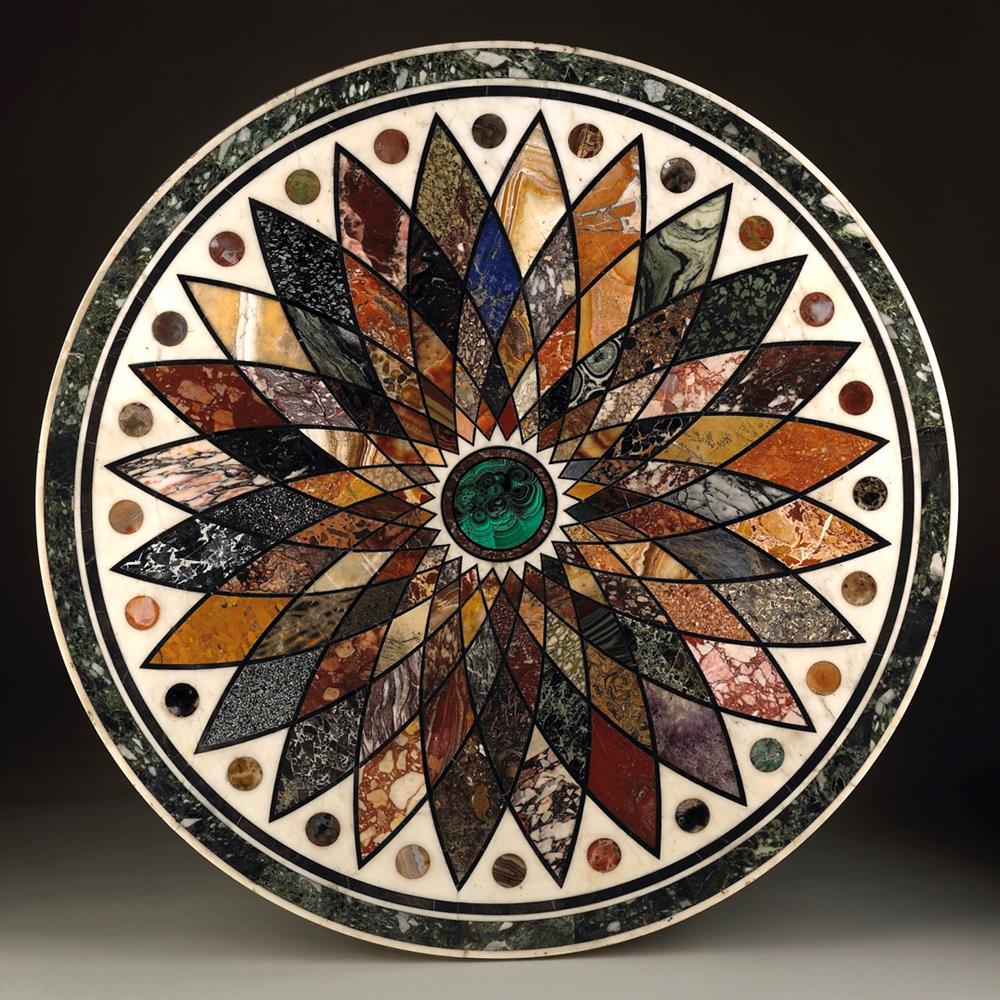 This beautifully crafted and important table top was executed by Giacomo Raffaelli in Rome, in 1831. The circular Marmo Bianco top has a Verde Antico inlaid edge that is decorated with twenty four overlapping curved pietra dura marble bands. These surround a central disc of Siberian Malachite within a ring of Serpentina Rosata, all edged with Marmo Nero. This is raised on a baluster stem with acanthus leaves enriched with flowering acanthus tendrils, the flared and fluted circular collar on three crouching lions legs united by acanthus leaves. This base is after a design by Percier and Fontaine. Of the 148 specimens used for this table top, 40 are pietra dura, 31 are oriental, 12 are antique, 7 are Egyptian, 5 are Chinese, 4 are German, 2 are Siberian, and there are singular specimens from Damascus (Breccia Traccagnina), France (Marmo Rosso Conchite), Labrador (feld- Spato Poaline bleu), Persia (Lapis Lazuli), and Scotland (Pudinga); the remaining specimens are from Italy and Greece. Interestingly, Raffaelli’s choice of materials is carefully explained and illustrated in the hand-written catalogue that accompanied the table upon its purchase, citing its commission by the Hon. John Kennedy-Erskine, reproduced at the end of the present essay.

Considered by scholars as the first great master of micromosaic, Giacomo Raffaelli held the earliest known exhibition of such works in his Roman studio in 1775, quickly rising to prominence amongst the most important patrons of his age. He was appointed Principal of the Scuola del Mosaico in Milan in 1804 and began working for the Napoleonic Court in the same year. Napoleon Bonaparte is known to have presented two clocks by Raffaelli as gifts, one to Maréchal Bernadotte (1763-1844), which was signed and dated 1804, and another to Pope Pius VII, which is now in the Chateau de Fontainebleau. We also know that Pope Pius IX (1792-1878) offered to Princess Eugenie (1826-1920) a pietre dure table by Raffaelli, now preserved in the Hotel Matignon, further testimony that the master’s craftsmanship was highly revered amongst the highest social circles of his age.

A fascinating pair of tables on display at Temple Newsam House, in Leeds, offer further insight into Raffaelli’s mastery of this technique. They were acquired by Clifford Constable of Burton Constable, Yorkshire, almost certainly on his honeymoon in 1827. Each table is inset with 151 marble specimens. Other examples of Raffaelli’s work are currently at Syon House, Middlesex and in the Gilbert Collection at Somerset House, London.