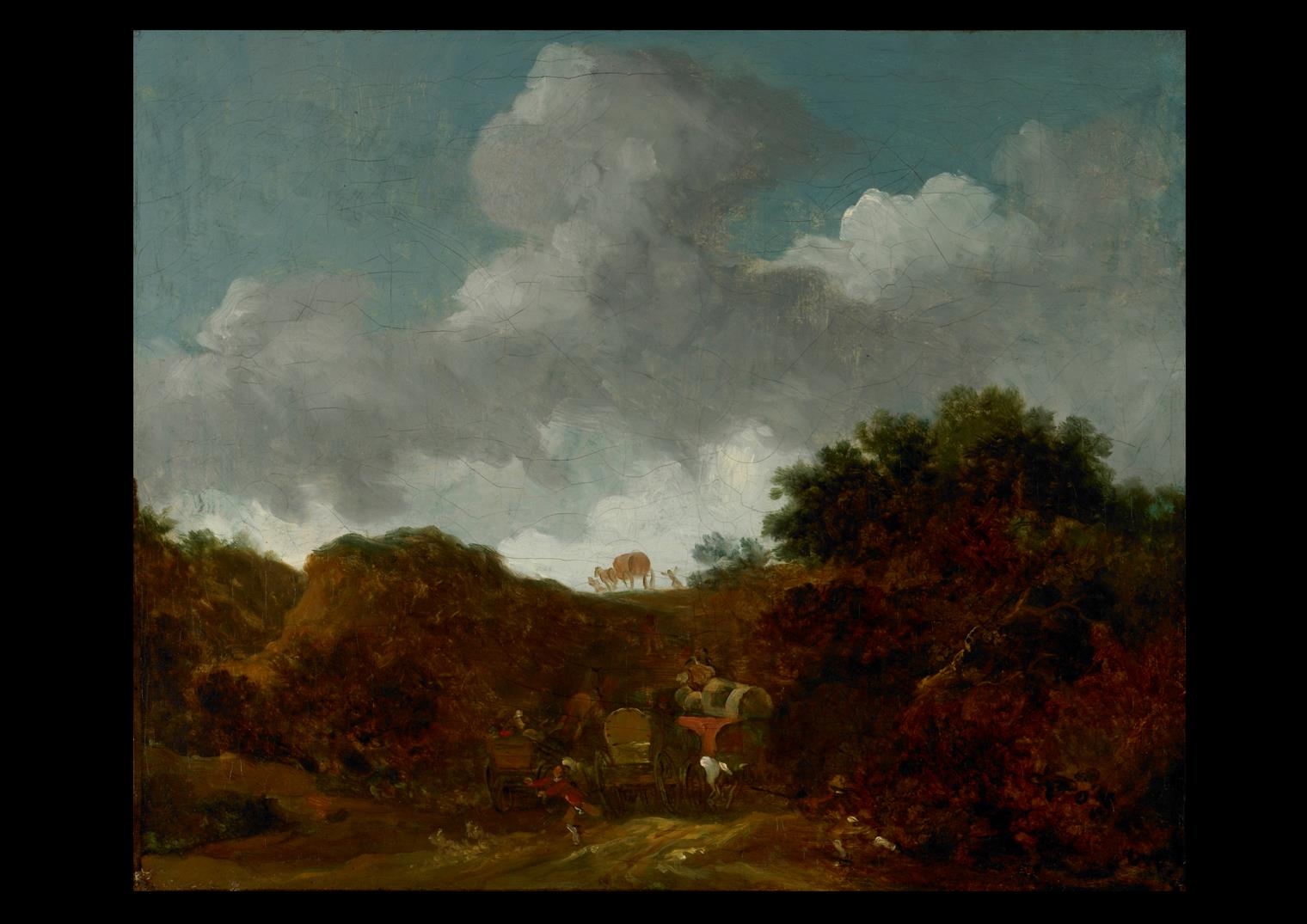 We are grateful to Christoph Vogtherr for confirming the attribution of this work to Jean-Honore Fragonard based on a digital image and for further suggesting this to be a work inspired after a 17th century Dutch landscape by Pieter de Molijn.

After Fragonard returns from Rome while working on a larger work for admission at the Academie Royale he produces a series of landscapes inspired by Castiglione, Ruisdael and Molijn. Fragonard certainly had the opportunity to see several Dutch 17th century landscapes in French collections and cabinets. Paysage avec troupeaux fuyant l’orage (Cat n. 109 Cuzin 1987) clearly demonstrates the synthesis between Castiglione and Ruisdael, their archetypal contrasts of light and shadow as well as Ruisdael’s gradual and soft lighting of rocks and trees. Some of Fragonard’s works after Ruisdael are direct pastiches seemingly commissioned by patrons as pendants to already existing works, the present work is inspired by a work of Molijn which exists in two versions, the first being oil on panel 36.8 x 54.4 cms (ex Canford Manor), the second also on panel measuring 37 x 56 cms (ex. Collection of Dr. K.F Weckebach).